Aussies set to switch from building to renovations 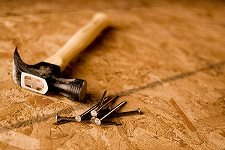 New home building is set to fall away in coming years as Australians turn their focus to renovations according to forecasts from the Housing Industry Association (HIA).

According to the HIA’s latest National Outlook forecast, the current construction cycle is set to slow after peaking this year which will coincide with growth in the renovation sector.

“The current new home building boom is unlike any other that has come before it. It is the longest and largest in Australia’s history and has provided an unprecedented economic boost to the nation, without which domestic demand would be in or close to recession,” HIA chief economist Harley Dale said.

“This cycle is marked by substantial regional divergences in the levels of activity in various markets around the country; and the mix of dwelling types being built has changed dramatically. As the down cycle in new home building unfolds, the record pipeline of medium/high density dwellings in particular creates considerable uncertainty as to the timing and magnitude of the decline in construction,” Dr Dale said.

According to the HIA, new home commencements likely peaked over the 2015/16 financial year 232,500 and will fall away for the next three years.

While this year may be the beginning of the end for the new home construction cycle, it is set to be the year growth in the renovation sector kicks into gear.

The HIA expects this year will see the strongest growth in renovation spending in more than 10 years as annual spending on renovations is set to grow past $33bn per year.

“Just as new home building activity seems to be reaching its peak, the recovery in the home renovations market has started to gather pace,” Dr Dale said.