Gen Y most likely to renovate 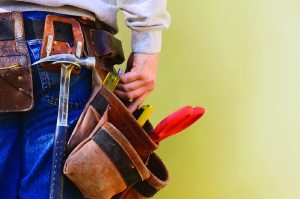 Gen Y homeowners are the most likely to be currently renovating their homes (23%), followed by Gen X (16%) and Baby Boomers (13%), according to Westpac’s Home Ownership Report.

Westpac’s nationwide survey found that renovating is now the highest priority for nearly one-third (32%) of homeowners who’re considering a house-related activity in the next five years.

Chris Screen, Westpac’s group head of home ownership, said the competitive housing market has inspired a surge in home renovations nationwide. “With rising property prices and intense competition for property in metro areas, many home owners are looking to renovate their existing property rather than sell and risk losing their position in the market,” he said.

A recently published Westpac Herron Todd White Property Report on renovations found that Sydney’s prestige market is experiencing an upsurge in renovations due to strong market conditions, which has led many homeowners to believe there may be a potential for capital gains upon resale. In Brisbane, the report found that homeowners tend to renovate to accommodate their growing families, while still living in the neighbourhoods they love.

“In the current market, many renovators are taking advantage of increased home equity to upgrade their homes to suit their needs. If planning to renovate, home owners should take steps to find out the estimated available equity in their property, to help with the budgeting and planning,” Screen said.